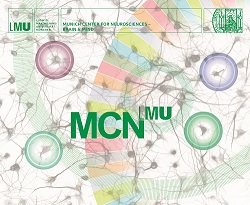 The Munich Center for Neurosciences – Brain & Mind (MCN) was founded in 2005 to create a local network in and around Munich that connects all groups and disciplines with interests related to questions of neurobiology, cognition and “brain & mind”. The center provides a platform for interdisciplinary interactions, supports the establishment of new collaborative research programs and has developed a teaching concept that attracts excellent students at all levels of training. The program M.Sc. Neurosciences, generously funded by the Elite Network of Bavaria, and the Graduate School of Systemic Neurosciences Ph.D. program, funded by the German Excellence Initiative, are offspring of the MCN Teaching Concept. The SFB 870: Assembly and Function of Neuronal Circuits in Sensory Processing is a new collaborative research center that resulted from scientific interactions of many members of the MCN plus several other research and training networks such as the Bernstein Center for Computational Neuroscience (BCCN) Munich. Furthermore the Research Training Group 1091 Orientation & Motion in Space has profited greatly from established networks within MCN and also from its teaching concept. This only begins to exemplify how MCN fosters the city of Munich as an internationally attractive site for training and research in neurosciences. 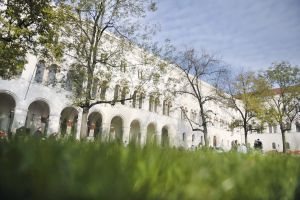 In Munich, research related to neurosciences spans a wide spectrum of current investigation areas, ranging from neural stem cells and the molecular mechanisms of early brain development, via cellular and systems neurobiology (including neurology), neurocognition and behavior (including “theory of mind”), to epistemology, philosophy of science, logic, and ethics. It involves numerous research groups working in various institutes and departments of the LMU (in particular biology, medicine, philosophy and psychology), most of them in close collaboration with the Max Planck Institutes of Neurobiology, Psychiatry, and Ornithology, the institutes of the Helmholtz Center Munich (HMGU), several institutes at the Technical University of Munich (TUM; electrical engineering, medicine, physics, life sciences) as well as with the computer industry.

MCN was implemented to make Munich, with its multitude of expertise, not only one of the real “hot spots” in the neurosciences, but also one of the few neuroscience hubs where the bridge from experimental neurobiology to the philosophy of brain & mind can be competently spanned.