Neuronal representations of space and time are of fundamental importance for cognition and behavior – from localizing prey by auditory cues or visually detecting moving objects to the planning and neuronal control of future movements. Goal-directed self-motion relies on continually evaluating changing sensory inputs in real time and taking previously stored information into account to generate spatially coordinated and appropriately timed motor actions.

Our brain solves these challenging computational tasks with apparent ease, using intricate feedback circuits in distributed neural circuits whose functional architecture adapts over time. Pathologies of visuomotor control and age-related navigation deficits reveal that the underlying processes hang in a delicate balance; limitations and failures of current technical applications demonstrate that we have only rather restricted insight into some of the most basic functions of nervous systems. In recent years, there have been numerous exciting new discoveries about neuronal representations of space-time, as also shown by many publications from BCCN Munich.

Together with five other Bernstein Centers, the BCCN Munich forms the core of the National Network Computational Neuroscience. Supported by highly competitive startup funds from the Federal Ministry of Education and Research, more than 20 faculty positions have been newly created within the network, five of which are located at BCCN Munich. 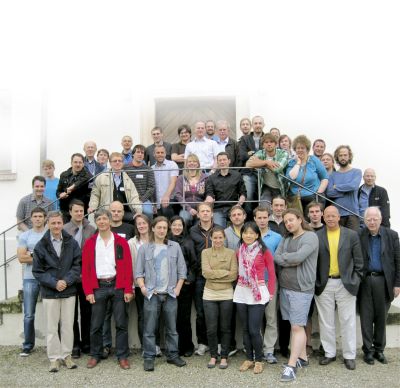